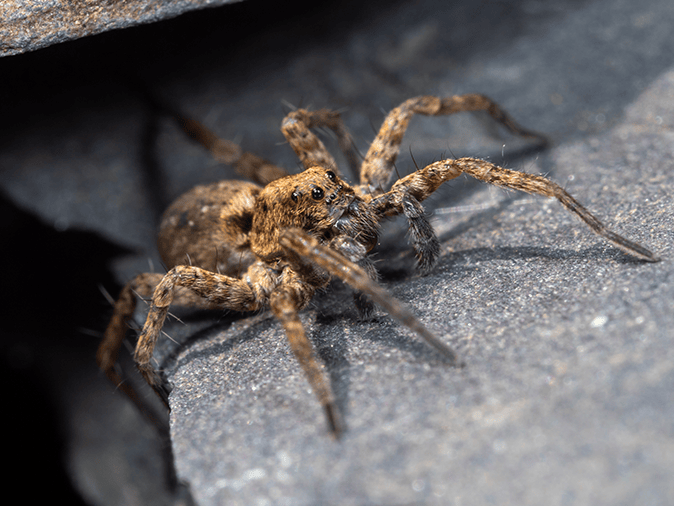 Wolf spiders are commonly mistaken for brown recluse spiders, but the violin shaped marking is absent on the wolf spider’s head. Like all spiders they have 8 legs and two body parts. Wolf spiders also are 1 1/2 to 2 inches in length, hairy, brown to gray in color with markings and lines, and have fang-like mouthparts called chelicerae. They have 4 equal sized eyes on the bottom row, and 2 enlarged eyes on the top row.

Most spiders do not pose a threat to people and are generally helpful by keeping insects in check. However, all spiders do have venom which can be harmful. If a spider bite is suspected fever, nausea, and abdominal pain may also occur, in which case immediate medical attention is needed.

Where are wolf spiders found?

Wolf spiders do not typically enter homes and businesses, but will occasionally roam indoors in search of food or to stay warm during the winter. They are often found around doors, windows, and houseplants and in basements and garages.

Wolf spiders are active hunters that are extremely important to the ecosystem. 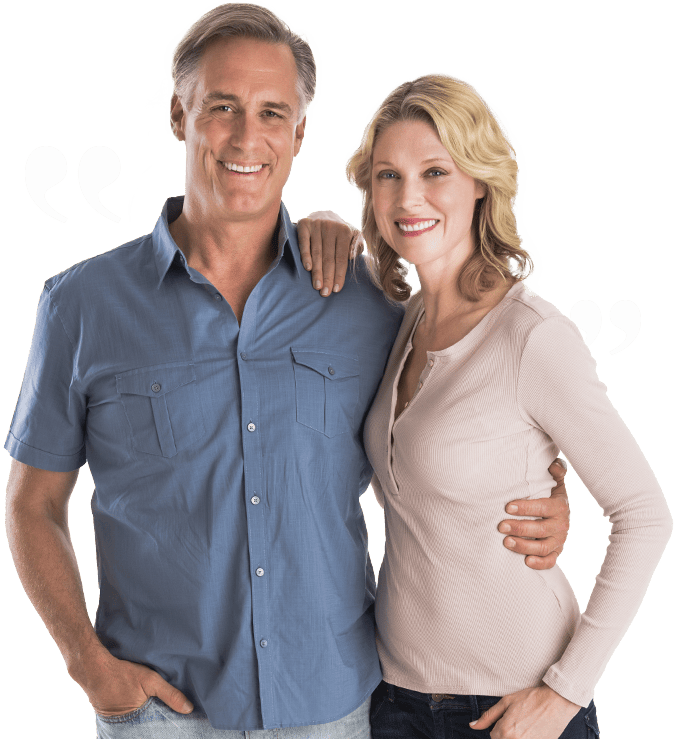 Have questions or need help getting rid of wolf spiders or other pests? Simply complete the form below or give us a call! 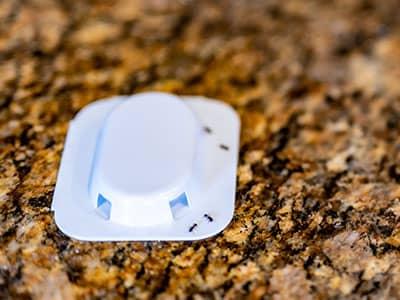 Are you experiencing a pest problem in your home and are almost ready to call for reinforcements?…
Read More 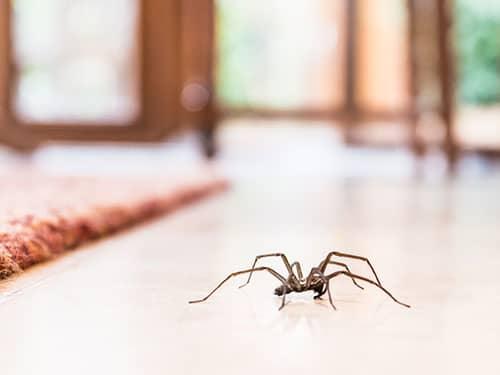 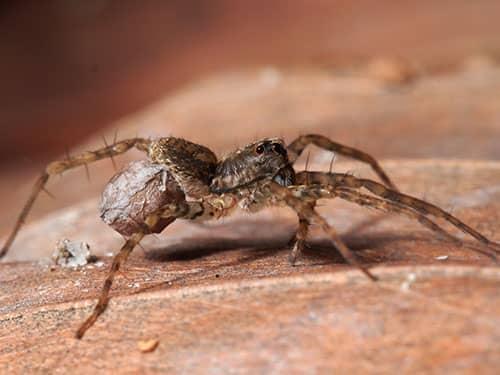